Check out my fresh new course on building and growing an online audience — 25% OFF Today Only! 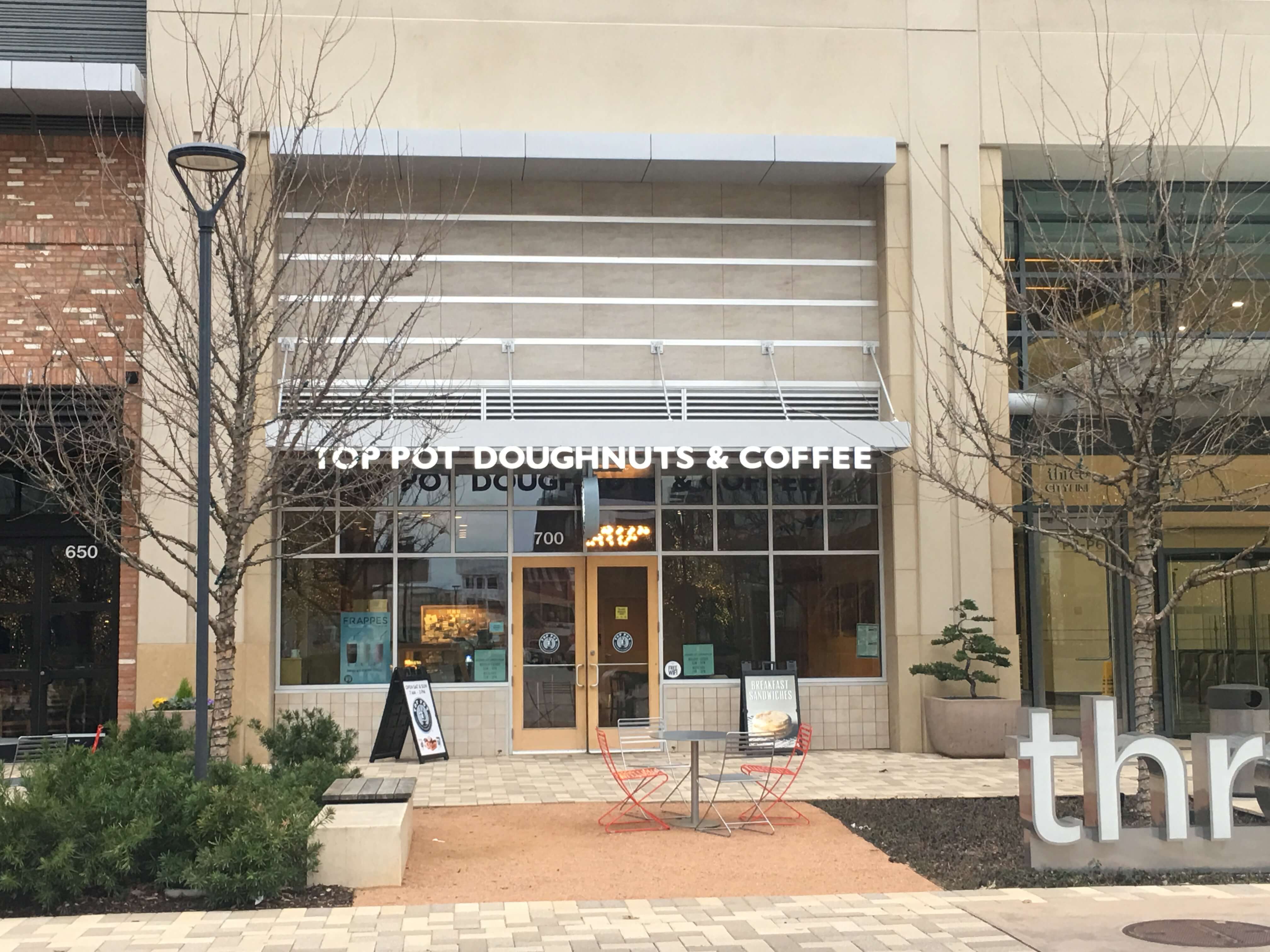 Top Pot Doughnuts started in Seattle and, based on number of locations, appears to be popular in Washington State. For the life of me I can’t figure out why. Maybe it’s because they have pot in the name and weed is legal there? Although their name has nothing to do with THAT.

On a Sunday morning I made my way over to give Top Pot at Cityline in Richardson a try. According to their website aesthetic is important to them.

Our founders sought to create a doughnut shop that moved away from the fluorescent-lit fast food aesthetic.

On that they succeeded. Not quite the inviting look and feel of a Starbucks but comfortable. 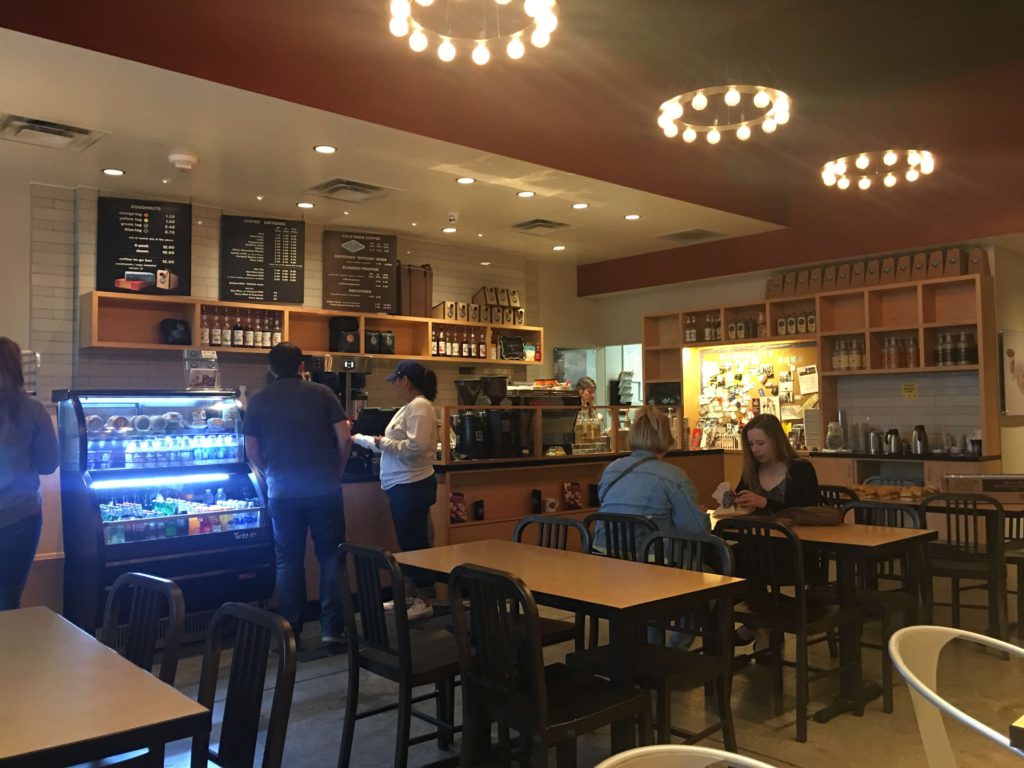 Their display of doughnuts is a bit overwhelming. Jammed into a small fancy display case. It’s hard to tell what all they have. 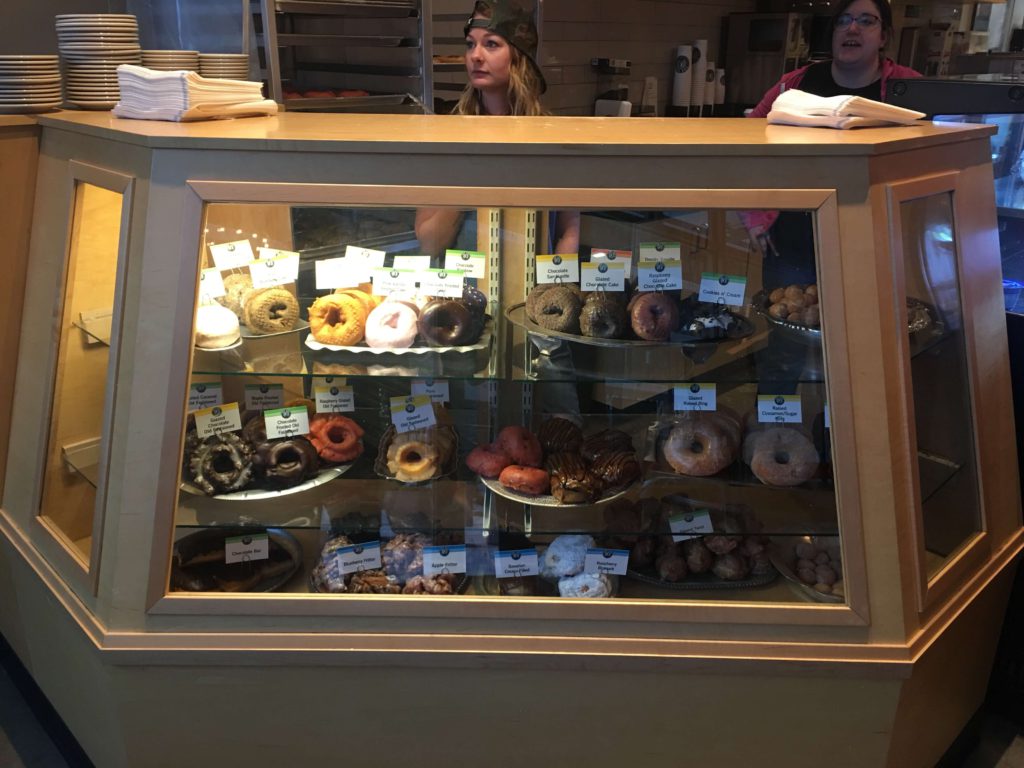 Their website then mentions the doughnuts, or donuts — as it’s commonly spelled in Dallas.

Instead, they created an oasis, where patrons could slow down and savor the nostalgia and taste of a secret 1920s doughnut recipe in a gorgeous vintage environment.

And this is where they lost me. I took a clue from the nice lady behind the counter and went with her suggestions: a Cherry Glazed, a Chocolate Covered Original Glazed, and an Original Glazed.

First one I tried was this Cherry Glazed Doughnut. I took three bites and was done. The weight of it was too much. The glaze was meh. But I had two more to try so I hadn’t lost hope yet. 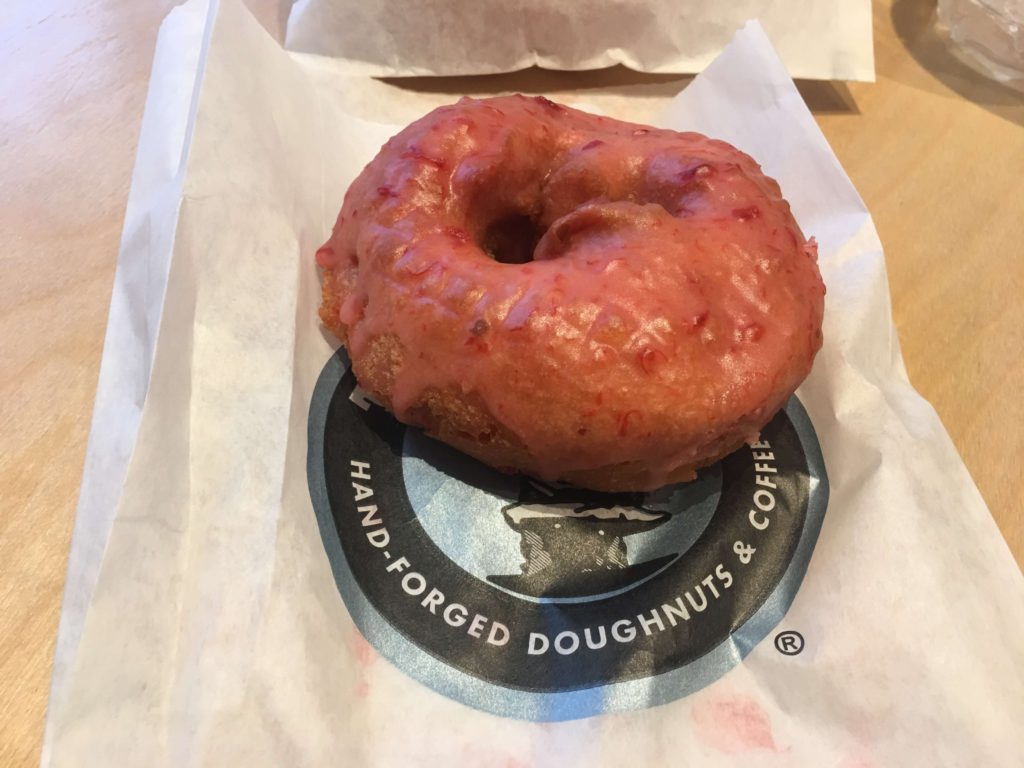 Next up was the Chocolate Covered Original Glazed. I took two bites and was done. Still heavy cake. And it was too chocolatey. And that’s coming from a man who loves him some chocolate.

But I had saved the best for last — I thought. I took one bite of the Original Glazed and I wanted to cry. I was expecting it to be the traditional light and fluffy glazed donut I was accustomed to, but sadly no. More heavy cake. 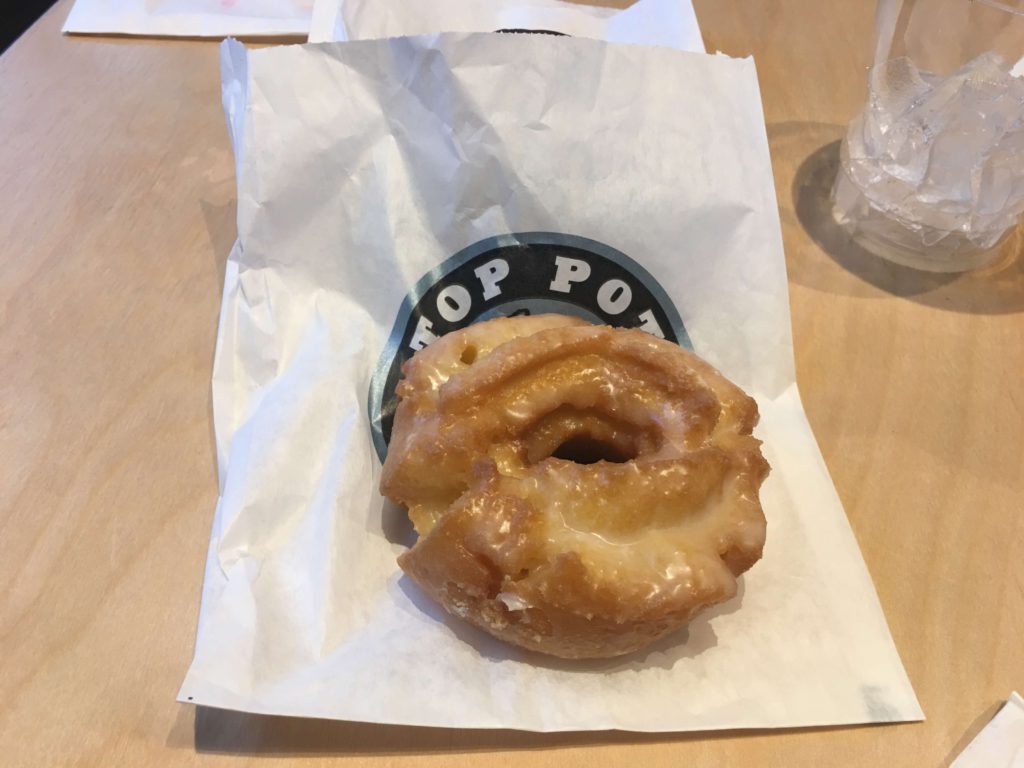 Apparently all of their doughnuts are thick, heavy, cake doughnuts. I like my donuts light and airy. And nothing was hot. Not even a microwave in sight so you could nuke one.

My benchmark for doughnuts (and kolaches) is Southern Maid just a couple of miles up the road on the corner of Park and K Avenue. No fancy aesthetic. Still have their fluorescent lights on.

Owned and run by the same family for years. Small batches of tasty donuts made fresh throughout the morning. So the odds of getting a hot one are pretty good if you get there before 9am.

They have some cake donuts, but they also have original glazed donuts made like a donut should be: light and airy. Or you could try their chocolate covered glazed…or their cinnamon rolls…or their…well you get the idea.